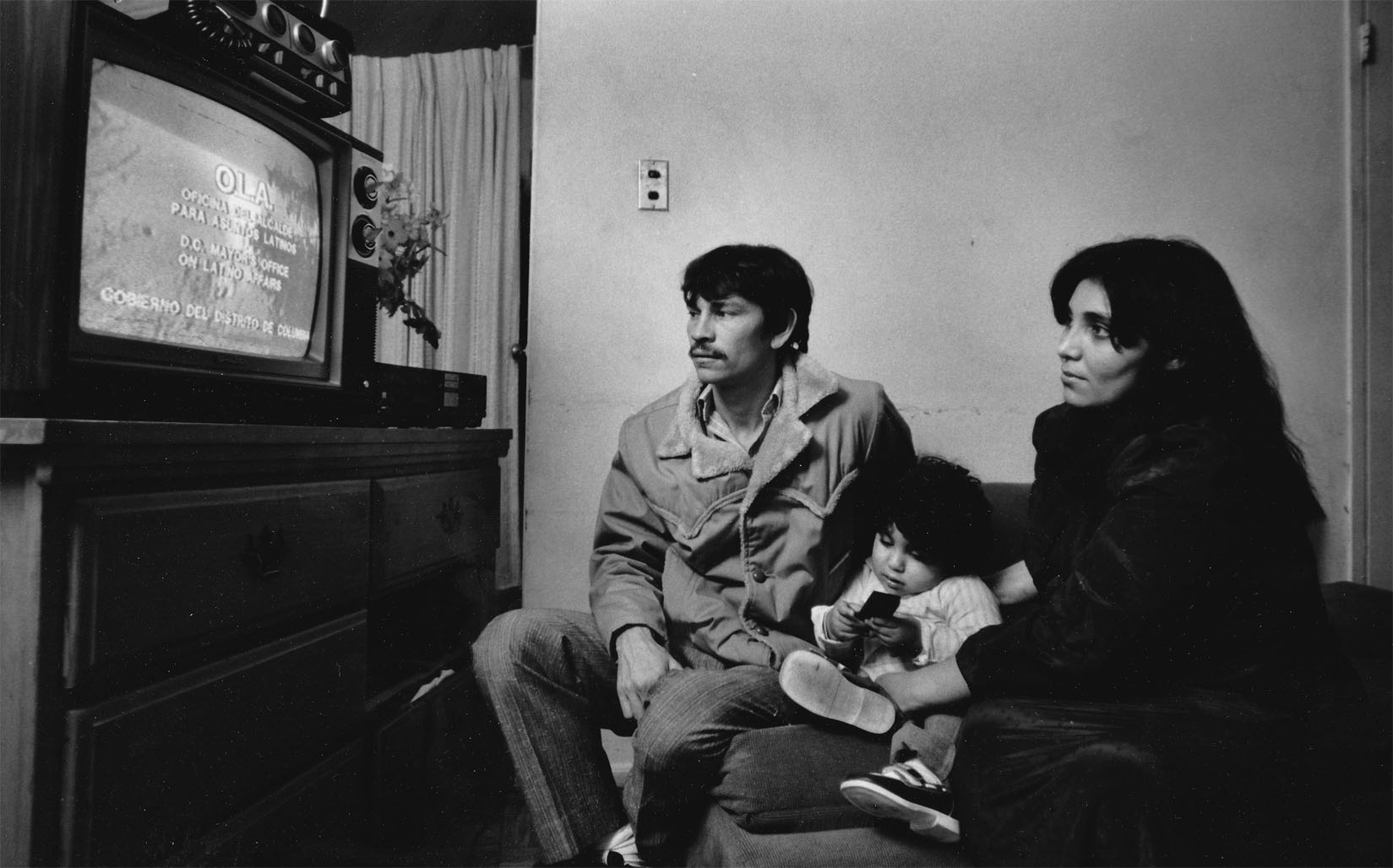 The production of the Spanish-language public service television series, Línea Directa, has turned the Mayor’s Office on Latino Affairs into a valuable communications channel between the D.C. government and its Hispanic community (1991).

By Rene Sanchez and Nell Henderson
The Washington Post
Thursday, May 23, 1991

Mayor Sharon Pratt Dixon’s administration, after largely ignoring its Office of Latino Affairs for the last four months, now sees it as a valuable communications channel between the D.C. government and its Hispanic community.

The office was among several agencies that may have felt slighted as Dixon struggled to balance a $316 million projected budget deficit in her first months in office, Dixon spokesman Vada Manager said this week. “There was not a lot of time to deal with a lot of domestic concerns,” Manager said. “We kept saying, ‘Everything flows through the prism of the budget.’ ”

That changed the night of May 5, as young Hispanics erupted in violent anger after a D.C. police officer shot a Salvadoran man. OLA, with its 12-member bilingual staff, served as the Spanish-speaking voice of the D.C. government on radio, television and in print in the turbulent days afterward.

“The premium on that office has risen in terms of its value,” Manager said. “There is a lot of outreach that needs to be done . . . . OLA is the proper liaison between the agencies that exist in government and that {Hispanic} community.”

OLA’s former acting director Rita Soler-Ossolinksi accompanied Dixon on her walks through the Mount Pleasant area during the disturbances, said OLA spokesman Eduardo Lopez. Soler-Ossolinski, who left the job Friday, also spoke on Spanish radio news programs throughout the week, responding to questions and denying recurrent rumors that the Salvadoran man, Daniel Enrique Gomez, had died. Access to the Spanish language media was crucial because a majority of the District’s Hispanic community does not speak English well enough to follow the English language media, Lopez said.

The mayor herself got an earful when she appeared on OLA’s Spanish-language talk show, “Linea Directa,” two weeks ago on Channel 48. Twenty members of the D.C. Latino Civil Rights Task Force questioned Dixon and other city officials for an hour, in Spanish.

When Mauricio Alarcon, president of the Organization of Salvadorans United for the Benefit of Education, asked, “How will you sensitize the whole government so they respect our civil rights?” Dixon received a simultaneous English translation through an earpiece, and her responses were automatically translated into Spanish. “I will see to it, by whatever means it takes, that there are no abuses of that kind ever again,” she said.

Appearing with Dixon were D.C. Council Chairman John A. Wilson, council member Frank Smith Jr. (D-Ward 1), Soler-Ossolinski, and police Inspector Daniel Flores. The program, watched by an estimated 180,000 viewers in the Washington area, was the “first time the mayor of D.C. spoke directly to the Spanish-speaking community,” Lopez said. “It was really an historic event.”